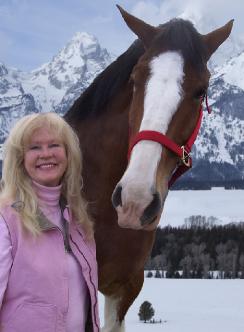 Julie received her art education at Colorado State University and the Colorado Institute of Art. Before her inspiration to depict the American West she utilized her natural ability to portray anatomy by pursuing a career as a leading fashion illustrator in Denver for 15 years. To experience the evocative images of Julie Kramer Cole is to experience magic. Her poetic visions delight the eye with their striking artistic style and clean, soft color palette. By capturing a moment in time her pastels fuse memory, imagination, and true stories along with a bridge to connect the oneness of human, land and animal.